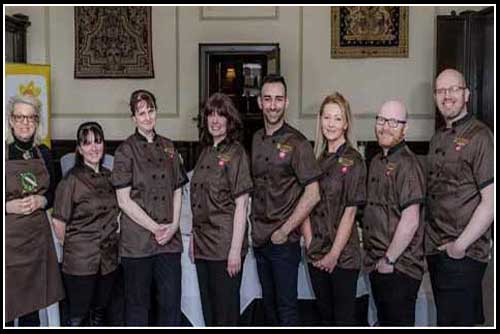 A full year of Assessments ahead

Here at the Scottish Baking Awards we are so privelaged to visit the very best Bakers in Scotland . Artisan and Home bakers including small businesses ,no matter how remote, are always included in our visits. By operating our credible Awards System this way , we get to visit the most talented people in the land. If distance , money or time is an issue , dont fret as we will come to you . We make it our aim to get the true and talented bakers known in Scotland , no matter how many hoops we have to jump through to do it. This is because Baking is our passion too , not monetery gain or celebrity status but just pure honest passion for what we do. You  are not industry or commercially mass produced bakers and the proof of that pudding is in the eating . Here is to to the 6th Scottish Baking Awards in 2015 - Who will be the best of the Best this year ?

Here in Scotland we have the most magnificent Scenery ,Cuisine and people, and it is not until you have travelled extensively all over the world, that you realise how special a place Scotland really is . At http://www.visitscotland.com/about/food-drink/chefs/ you can now find out all you need to know about what makes this tiny little country of ours  great . Visit Scotland website is a great place to research everything including all things Food and Drink and i am proud to say they are not just concentrating on the brilliance of our Chefs in this country but also our Bakers. Baking in Scotland is a huge passion and is taken very seriously indeed . I am really glad to see groundbreaking advertising by our countries Tourism body to promote this increasingly popular hobby and profession . Here, here to noticing what is big and rolling fast in this world - Visit Scotland.

This tells me a few things - Firstly , There is a huge demand for Artisan type Bakers and small business people including Homebakers to be recognised in the world we live in. For too long we have always associated great bakers with big business and mass produced baking including supermarkets.

With the massive success that shows like the " Great British Bake-Off and "Britains Best Bakery" have achieved, it has made every single one of us believe that we too can bake . This in turn has made us more discerning and more educated in the type of Cakes,Bakery produce we buy. Most people now know the difference between a mass produced product with a million different ingredients and a sell by date until 2 years from now !!

The massive rise in the Homebaker business that now supplies to bigger retail outlets is also on the up . This is great news for all as it improves the standard in this industry .

Secondly , we at the Scottish Baking Awards are not a Trade /Member organisation and therefore we can pick and choose freely who our Awardees will be, without the fear of offending any member that pays maybe £1000s of pounds a year in Membership.

We believe if we are including the entire length and breadth of Scotland in our Awards each year with no yearly cost to yourself that we are " Credible " .

Lets raise our glassess to the true ,talented ,small and not so small ,remote, Artisan Bakers in Scotland . Because we are now in the majority . Here's to 2015 !